Originally bred and grown on the island of Texada in British Columbia. Texada Timewarp is a sativa dominant hybrid varietal that will leave users with a creative and energetic buzz that relaxes the body but also keeps you focused on the task at hand. Texada is a fast producing, low maintenance, hardy plant that is best suited for outside growing.

Suitable for daytime use as most users do not end up feeling lethargic and weighed down, Texada Timewarp may help make some lesser pains more manageable. Its uplifting effects may help stave off the symptoms of anxiety, stress and depression.

Texada Timewarp is somewhat of a rare breed, it was specifically designed to be grown outdoors, where some plants can reach up to 13 feet. Created for those growers that felt they had to sacrifice flavor and potency for survivability, the strain resists pests and molds. It also has sturdy branches that can stand strong against winds.

Not much information is left about growing true Texada but its descendants generally finish in late September or mid-October. Yields for these strains range between between 100 and 600 grams per plant.

There are no reviews yet.

Be the first to review “Texada Timewarp Seeds” Cancel reply 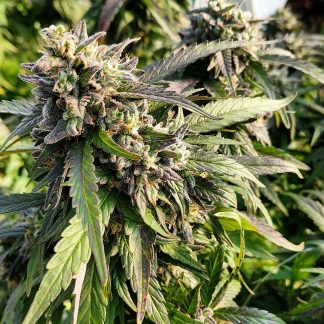