Named after famous Hemp activist and author of “The Emperor Wears No Clothes“, Jack Herer is a world renowned strain revered by all. Jack Herer is a multiple time Cannabis Cup winner that contains a unique taste of peppered spice with an intense fruity undertone.  It’s pale green leaves may not always look impressive, but nestled in between them contains extremely resinous, elongated buds that contain a citrus-like scent with more hints of pepper and berry.

Jack Herer’s long-fingered leaves and dense, grape-cluster bud formations appear light green due to the frosty resin coating. The few hairs on the buds turn brick red as the plant matures. The smell is fresh with a signature haze accent and a pleasing hint of skunkiness. Since the rooted clones can go directly into flowering, the total number of light hours in the life cycle is almost exactly the same as a conventional indica-heavy cross, even though the flowering cycle is longer.

If growing in soil, full ground is recommended over pots, which are usually too small. Dry climates, like Spain and California, are Jack Herer’s only reasonable candidates for an outdoor home. Growing Jack indoors is necessary in most parts of the world. Hydroponics will give quick satisfying results, but Jack Herer is best grown as bigger plants.

Although the exact genetic formula is a guarded secret, Jack Herer is thought to be the product of sativa staple Haze and a cross of Northern Lights #5 and Shiva Skunk. Sticky buds have an appealing orange-lemon scent and taste with just a hint of some dank pine. The high provides an excellent balance between cerebral and physical effects, leaving users deeply relaxed but attentive and conversant. Jack Herer’s appealing flavor and well-rounded effects has made it hugely popular with medical and recreational cannabis users alike; it has won nine Cannabis Cup titles. Cannabis lab Analytical 360 has measured Jack Herer flowers as having between 20% and 24% THC.

A longer-flowering cross can be unnerving to grow, but bravery and patience will be rewarded with fresh peppery buds that produce an immediate cerebral, up high. Don’t cave to the temptation to harvest too early. When allowed its full time to ripen, Jack Herer is a tasty smoke with mild lung expansion and possibly visually enhancing or silly effects. 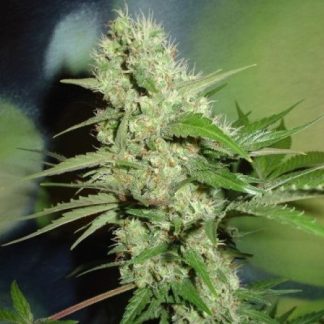